8 March 2021: Contextual replies and profile settings that suit you

10 Feb 2021: Temporary limitations while we do a Search infrastructure upgrade

2 Dec 2020: Delete a template, get more insights and send stickers via the API

3 August 2020: Add a list to your Exact match automations

What is chat for impact?

Why the world loves WhatsApp

An introduction to the WhatsApp Business API

Get a WhatsApp line: Step-by-step instructions, with a video

What is Business Verification?

Help! I got an error whilst doing embedded sign-up?

Help! I'm struggling to get my business verified?

Help! I uploaded the wrong document for Business Verification?

Help! Why hasn't my display name been approved?

Help! Our display name got rejected?

Help! What happens if we're not verified within 30 days?

Help! I can see my number in Turn but it's not working?

Help! Can I have a WhatsApp number for a different country than my business registration?

Help! We are a government entity, how do we do Facebook business verification?

Help! What number can I use on WhatsApp?

Help! What is a BSP?

What number do I need for my service?

Help! What is two-factor authentication (2FA)?

A closer look at the WhatsApp Business API

Reasons why your template(s) gets rejected

You need opt-in to initiate messages

Examples of how to upgrade to the next tier

Connect with your users on chat

Use a ‘wa.me’ link and QR code to market your service

Get user consent in a WhatsApp conversation

Use automation to collect opt-in

Manage your business presence by updating your WhatsApp profile

How to send custom replies

How to add a button message

How to upload stickers

How to delete a message that a user sent?

How to set up basic automations

How to set up advanced automations

How to set up multiple language automation

How to set up a follow-up timer

Triggers explained: Message received is from a specific COUNTRY...

How to send stickers in automation

How to send 'Welcome back' message to returning users

Use a follow up timer based on local time

The ABC of threads

How to create a thread

How to add skip logic to your thread

How to use personalisation in threads

Start a thread when a user reply with a button.

How to re-connect with users using message templates

Create and submit your template(s) for approval

How to add buttons to a template

How to add media to a template

Delete or copy a template

How to view, edit and add to a contact profile

How to use labels

How to search for a user message

How to create and use collections

Search for sent or received or all messages

How to add team members?

Overview of the Turn.io user interface

How to decide on and set up goals

How to nudge and track behaviours in conversations

Set up a data connection to BigQuery

Understand your BigQuery data and queries

Example queries for your data

Where do I find my credentials for the Message Template API?

How do I create message templates via the API?

Upload and send a sticker via the API

How to set up a RapidPro integration

Notify your team over email when someone needs urgent help

What is an MAU (Monthly Active User)?

Can I use Turn.io in my country?

Can I get a free trial?

My sandbox isn't working? How do I connect?

Can I attach more than one image, audio clip, video or document to a message?

How do I extract data out of Turn.io?

How to work as a team

Can I use multimedia in my messages?

Why is my video not sending?

How to setup subscription billing

What is the difference between a member and an admin?

Can I use WhatsApp Groups on the API?

Can you give me examples of approved message templates?

What languages are allowed for message templates?

Why has my template(s) been rejected?

How are conversations charged?

Example of user-initiated vs business-initiated conversations

Can I send a free-form message?

Are all conversations paid?

How secure is my data? 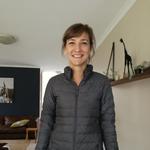 Updated 3 months ago by Neelke Stadler

If you are struggling to get you message templates approved we want to help you troubleshoot so you can move forward.

We don't have all the answers but here are the lessons we've learnt to date:

WhatsApp prefers differentiated messaging. That means messages that do not look like the exact same copy was sent to multiple people in a broadcast or a bulk send. Why don't they like that? Because that treats everyone the same regardless of their past interactions (or perhaps even no interaction). And that's not what WhatsApp is designed for.

When you personalise a message it doesn't mean adding the user's name to it, it means personalising it based on the user's past interaction.

To add personalisation to templates you use placeholder variables like {{1}}, {{2}} etc. and then populate those placeholder when you send it. Learn more about that here.

It's exactly what we said under personalisation, but we want to highlight it again. It's your key to success.

WhatsApp is happy that you initiate conversation to re-engage users. But re-engagement isn't about reaching out to a disinterested user - that's called bugging the user. Real re-engagement means you've had a previous conversation and there is value for the user if the engagement continues, e.g. they will get a question answered or an issue resolved.

There's no particular consequence of getting a template rejected so try and if it fails, tweak it and try again.

There is normally a quick response as it's generally by Machine Learning, with occasional templates taking a few days which are presumably escalated for human review.

It's all about quality

The biggest quality factor is whether users block your number as a result of the message.

Let's look at two examples of approved vs. rejected templates

Our key takeouts from these two examples:

The templates in Example 1 that included the copy"We haven't heard from you in a while" got rejected. As did the template in Example 2 that said "we tried calling you a few times".

These could be interpreted as the service bugging a disinterested user. But when the template refers to a previous engagement it gets approved.

In Example 1 the template saying "We've been chatting to you for about {{1}}..." got approved. In Example 2 when it was rephrased to refer to a specific date and time a request was made it got approved.

In Example 1 the message that got approved doesn't refer to "this week we have new information". Referring to a periodic update makes it look like a subscription-styled message. WhatsApp does not endorse subscriptions.

Some clients have subscription type templates approved, but WhatsApp certainly got more strict regarding it.

Okay that's the key takeouts, here are the actual examples😆.

The four templates below were all submitted but only one of them got approved.

Rephrasing it to refer to a specific request.

We know it's a lot to consider, but it really is for the benefit of your users. Don't lose heart 💛!

Was this article helpful?

Reasons why your template(s) gets rejected